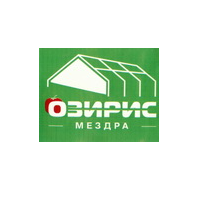 Growing fresh tomatoes in the north-west of Bulgaria is about a major challenge for the Bulgarian horticultural industry.

“This is an exciting time for OZIRIS Hydroponic Greenhouses Ltd .The first harvesting started last week. The growing technology such as hydroponics, lets us save water, fertilizer and other resources. This development will allow us to better serve our customers with locally grown produce, year-round.” stated Mr. Tsvetan Iordanov, CEO of the company.

The glasshouse project of 30,000 m2 will be completed in 2 phases over the next year.

“We are working closely since the beginning with the OZIRIS team based on our Total Greenhouse Management Methodology and we are happy with the progress” said Christos D. Katsanos, Executive Director of the DKG Consulting Ltd (member of The DKG Group).

Mr. Evagelos Drimtzias, CEO of IQ CROPS Ltd (member of The DKG Group) stated that “doing business in Balkan countries since 1998, it is a great surprise to me the investment of a young entrepreneur such Mr. Iordanov on a brand new high-tech glasshouse based on hydroponic technique of Grodan® stonewool products”.

OZIRIS HYDROPONIC GREENHOUSES is one of the modern producers of premium quality greenhouse tomatoes in Bulgaria.

OZIRIS’ greenhouse vegetables are produced by plants that have been selected for their taste, quality and other characteristics and are not genetically modified (GMO Free).