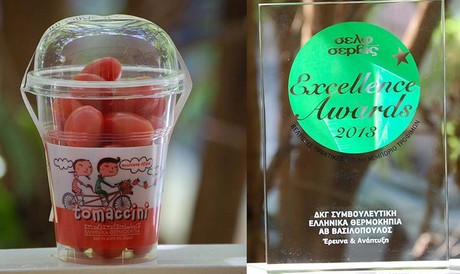 1st place in the award category “Research & Development” has been taken by “TOMACCINI” as the first Snack Tomato in the Greek market. Tommacini received the prize as a joint award for the three companies that contributed to its creation; Hellenic Greenhouses SA, AB Vassilopoulos SA and DKG Consulting Ltd. The investment costs of this project reached 1.5 million Euro (1.5 Ha glasshouse construction, crop, marketing and packaging expenses).

On Thursday, July 11, 2013, at Athens Intercontinental at a glittering ceremony attended by representatives of the major executives in the Retail Market Chains the Winners of the Self-Service Excellence Awards 2013 were announced. 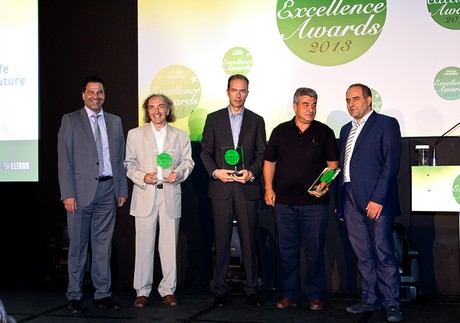 TOMACCINI say the tomato grabbed the attention of the jury having been marketed as a fruit, with strong branding, as opposed to be placed in the vegetable category.

The innovation points of Tomaccini according to the jury: